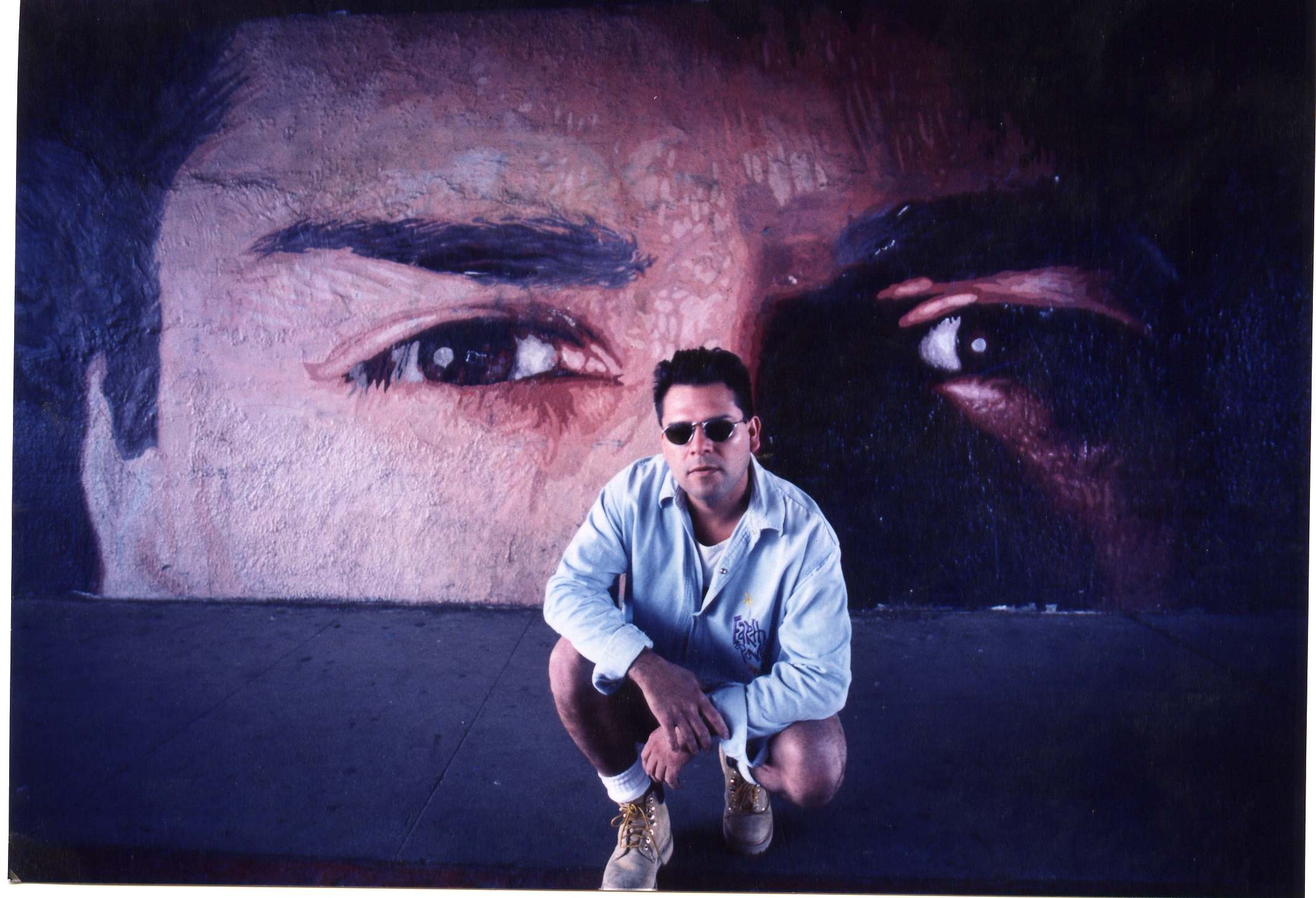 Ruben Soto is an artist, ex-gang member, muralist, playwright and filmmaker.  Born in Mexico, he grew up in Echo Park, California where he was raised by his mother with his brother and two sisters.  His father left when he was six years old.  He began painting murals with Ken Twitchell, a renown LA muralist.  After a few years, he was commissioned to his own murals for Mickey Rourke, Hugh Hefner, Sage Stallone and a large 'Sports' mural in Echo Park's Community Park.  He presently has 12 murals in LA and is featured in a number of art books.

In 1984, Ruben wrote a play based upon his own true story.  He produced, directed and performed in his play "Smile Now, Cry Later" from 1984-1989 at the Angelus Temple in Echo Park which seated 2000 people.

Ruben has finished working on a docu-drama based upon his own true life story called "Willoughby."  He produced, directed and acted in this film  He has just finished writing the screenplay version of "Smile Now, Cry Later" and is presently looking for funding to develop and produce.